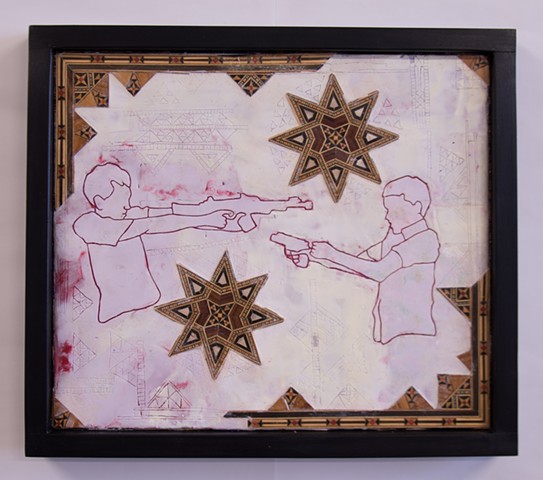 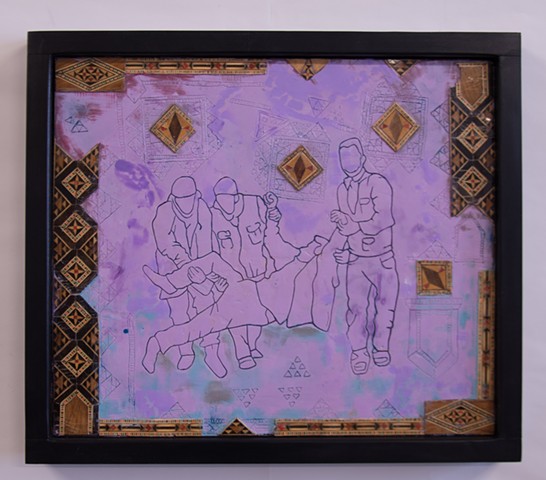 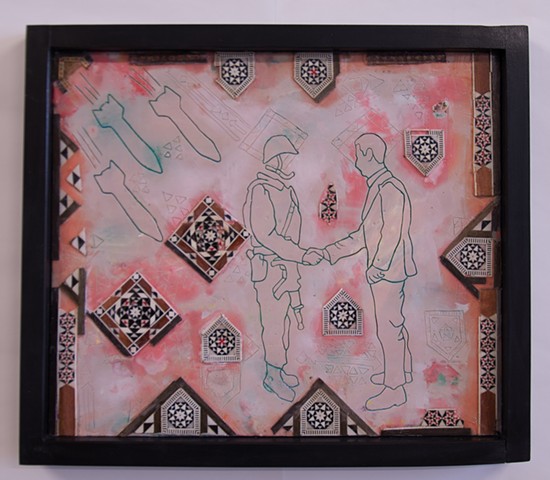 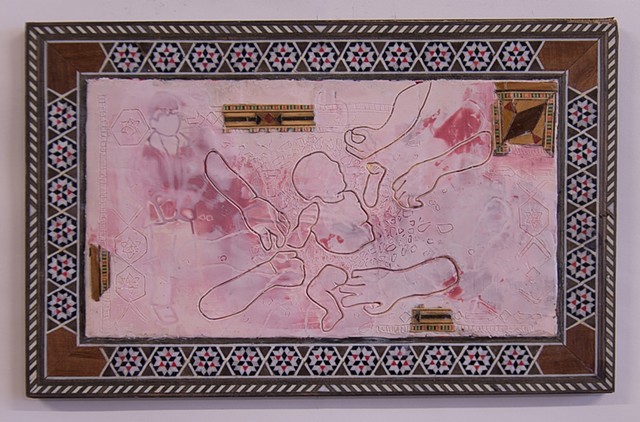 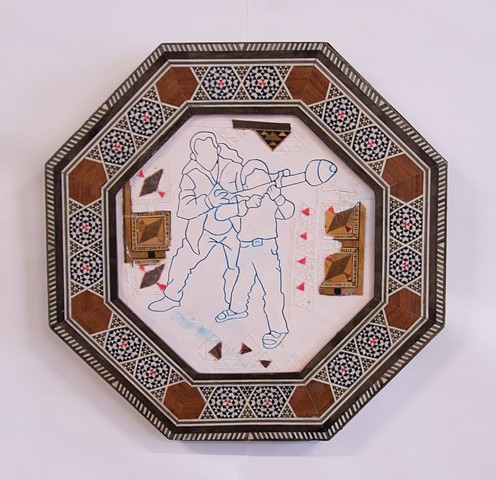 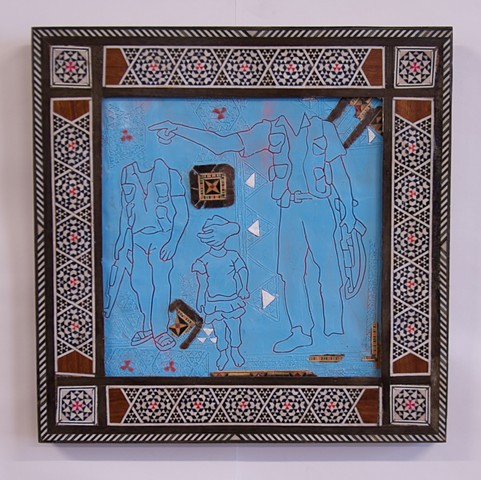 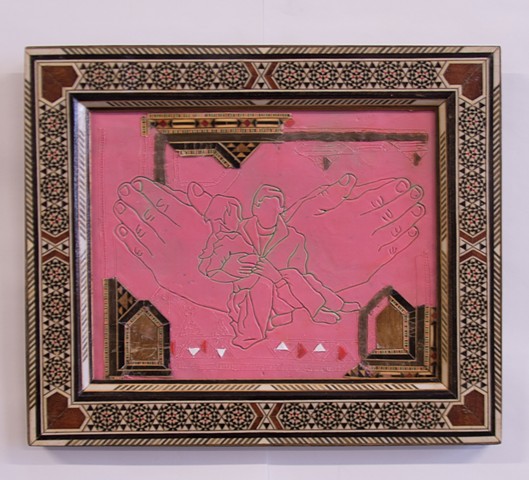 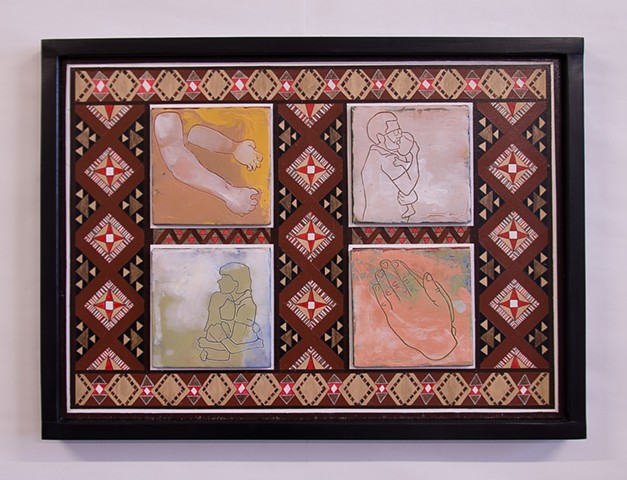 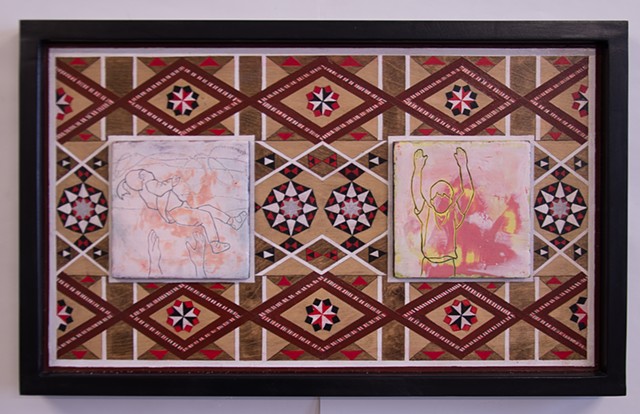 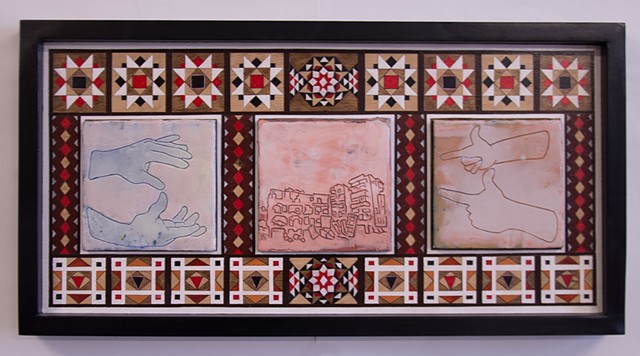 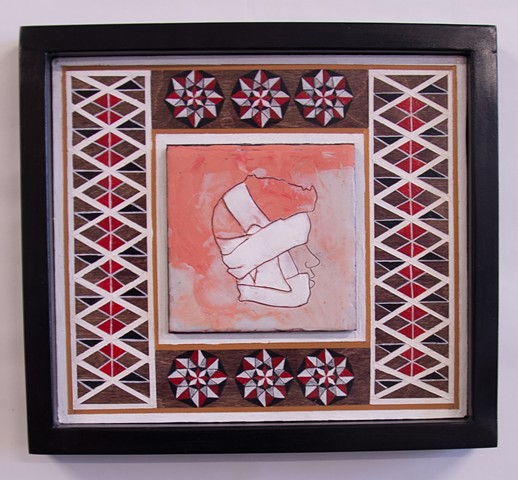 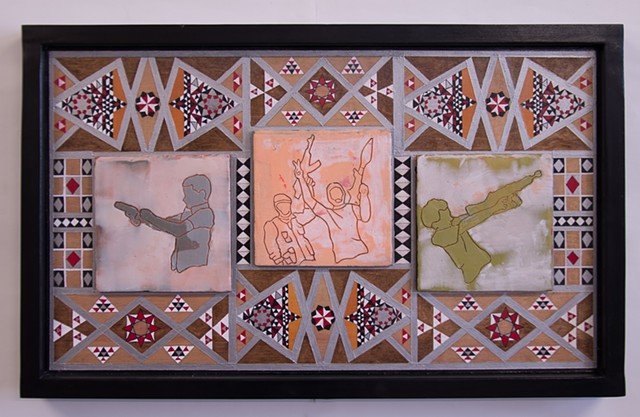 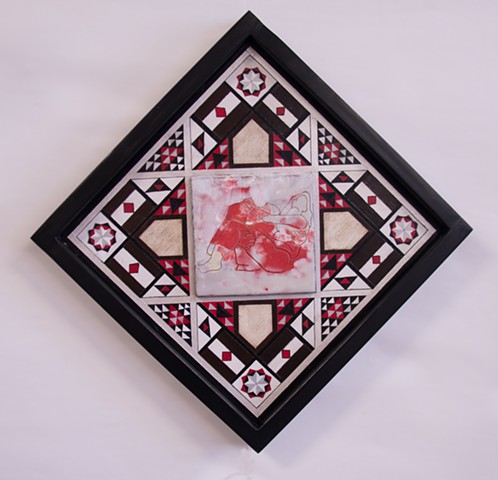 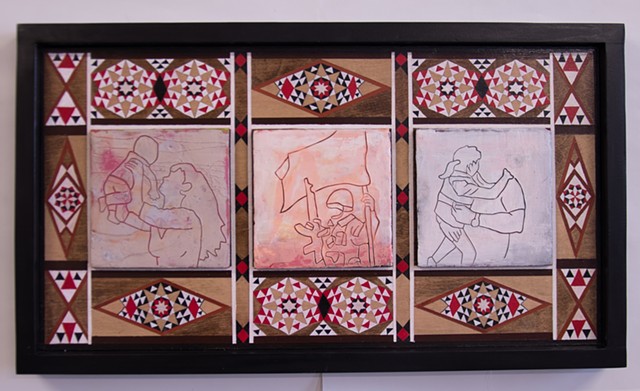 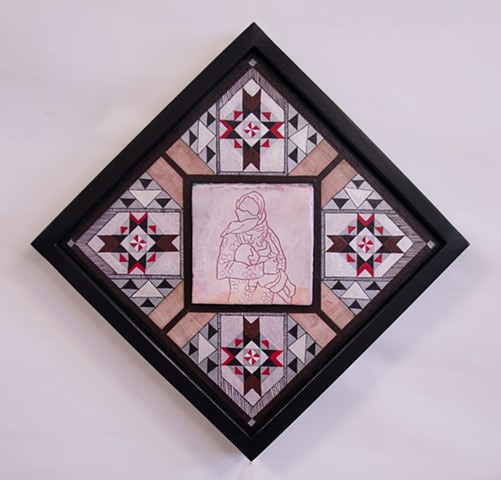 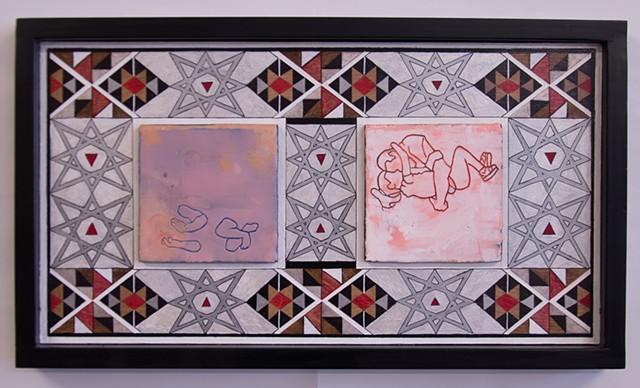 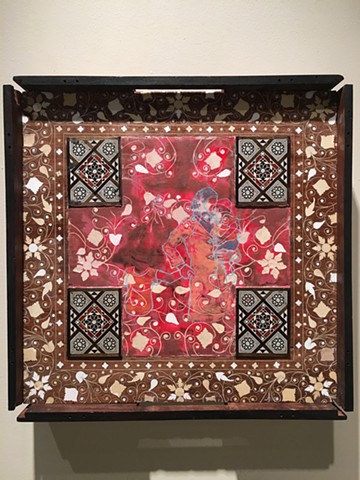 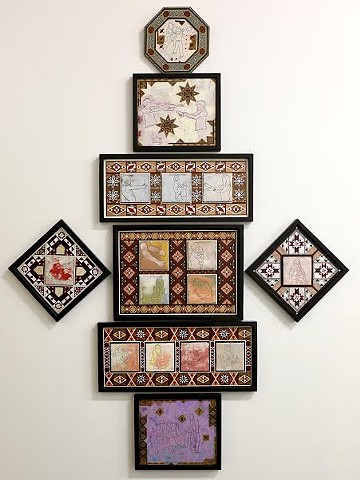 My series of paintings reflect the turmoil of a country was once the beauty of the Middle East, and is now in a destructive transition. As an Arab artist, who is son to a mother whose birthplace is not in the state she left it in. I think daily of my family, former neighbors and friends as well as others that still reside in Syria as well as those that are now refugees. The houses and building I have lived in or stayed at in my childhood for years and months at a time, are now reduced to rubble. People are not fully aware of what has been happening in Syria for the past six years. And as an artist, I felt I must work on changing that. Homes and families have always been themes in my work, and in this series those themes continue. My work depicts images of Arab men, women and children who now live in or are fleeing these neighborhoods of destruction. These paintings depict the horror of war and the desperation to keep their families safe and intact. Each desperate image is surrounded by beautiful and intricate Arab mosaics that the Syrian culture is known for and it can be found on their furniture, buildings, precious boxes and instruments. I use the dichotomy between the two to change the perceptions of a people & their culture that have lost everything and is now drowning in rubble, blood and weary legs